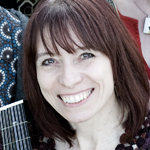 Soloist, accompanist, teacher, and linchpin of numerous ensembles including the Gabrieli Consort & Players and New London Consort, lutenist Paula Chateauneuf has earned her reputation as one of the most respected and admired musicians in early music. Her playing has been described as “one of the most exciting things on the pre-classical concert circuit”; her interest in improvisation, dance music, and basso continuo has led to a diverse career in music from the 14th to the 19th centuries. Paula is the University of Birmingham’s lute tutor and AHRC Research Fellow. [Click here for Paula's full-length biography.] 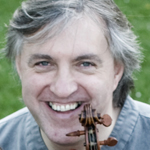 Over the past 25 years Pavlo Beznosiuk, renowned for his versatility and virtuosity, has gained the respect of musicians, critics and audiences alike in repertoire spanning the 11th to the 20th Centuries. This season he is presenting recitals combining solo works of Bach, Berio and Bartok and appearing as soloist with The Academy of Ancient Music and The Avison Ensemble. 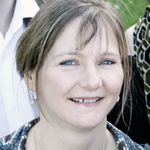 Caroline Balding has been described as a violinist of “poetic intensity”, “rapt beauty” and “virtuosic distinction” and “a formidable soloist combining beauty of sound with infallible articulation”. As the violinist with the chamber ensembles Gemini and Lontano, amongst others, she has given recitals throughout the world. As a baroque violinist, she has appeared as guest leader with Florilegium, The English Concert and the Hanover Band, in addition to being first violin of “The Band of Instruments”. 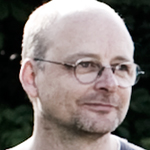 Roger Hamilton studied at Cambridge University, the Royal Academy of Music, and the National Opera Studio. He was named as Arts Council Young Conductor of the Year in 1992, and since then has worked as both conductor and harpsichordist with a wide variety of orchestras, opera companies and chamber groups. 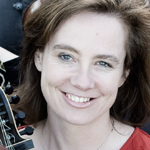 Elizabeth Kenny’s lute playing has been described as “incandescent”, “radical”, and “indecently beautiful”. She is a principal player and creator of seventeenth century projects with the Orchestra of the Age of Enlightenment. Her research interests have led to critically acclaimed recordings of Lawes, Purcell and Dowland. She is professor of Lute at the Royal Academy of Music, and a Lecturer in Performance at Southampton University. Her solo recital disc “Flying Horse: Music from the ML Lutebook” was released on Hyperion records in September 2009. 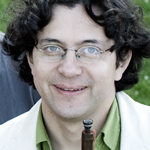 Josué Meléndez, born in Guatemala, began his early musical studies in Costa Rica at the Conservatorio Castella. From 1991-1996 he studied at the National School of Music at the University of Mexico. He graduated from the Royal Conservatory in the Hague with two recorder diplomas, one with honours in new music. Josué studied cornetto at the Schola Cantorum in Basel with Bruce Dickey and plays regularly with the most acclaimed early music ensembles in Europe and America. 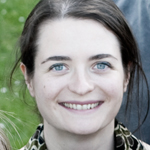 Giulia Nuti appears as a soloist, accompanist and ensemble player in concerts throughout Europe. She is Research Associate at the Royal College of Music, and has given classes at the Guildhall School of Music and Drama; she teaches harpsichord at the Scuola di Musica di Fiesole, where she heads the early music department. She broadcasts and records for BBC, RAI, WDR, Naïve, CPO. 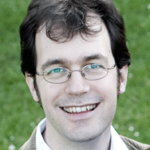 Jamie Savan is a member of His Majestys Sagbutts & Cornetts, founder and director of The Gonzaga Band, and performs with many other leading period-instrument ensembles. Jamie holds a PhD in Performance Practice from the University of Birmingham and particularly enjoys combining his skills in performance and research. This has led to a number of acclaimed CD productions. Jamie is a Lecturer in Music and Head of Performance at Newcastle University, and also teaches at the Guildhall in London and the Royal Welsh College of Music and Drama in Cardiff. 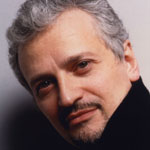 Of Anglo/Venetian parentage, tenor Mark Tucker is of one of the world’s foremost interpreters of baroque repertoire and has performed and recorded alongside many of its leading exponents including Sir John Eliot Gardiner, Nikolaus Harnoncourt, René Jacobs, and Sigiswald Kuijken. His numerous operatic roles include the title roles of Platée in Lisbon and Idomeneo for Pinchgut Opera; his performances of Monteverdi’s L’Orfeo have brought international recognition. Concert highlights include L’enfant et les sortilèges with the London Symphony Orchestra under Andre Previn, and Elgar’s The Dream of Gerontius with Sydney Symphony under Vladimir Ashkenazy.

Biographies not to be reproduced without permission. Please contact the ensemble for the most up-to-date versions.